SPRING, Texas – There were people who thought a puppy born without front legs simply could not survive.

But as soon as Lou Robinson and Mark Bowlin saw the feisty and playful white boxer pup they named “Nubby,” they decided to give him every possible chance.

Now their beloved Nubby is thriving and has become an Internet sensation with 30,000 Facebook fans and 20,000 Instagram followers. Robinson and Bowlin say they’re grateful for medical treatment from BluePearl Pet Hospital, which has helped their pet become an inspiring icon for anyone who needs a little hope.

“If it hadn’t been for Dr. Stone and the whole staff at BluePearl, Nubby would not have survived. That’s a fact,” Robinson said.

Robinson and Bowlin are animal rescuers, and founded the nonprofit group Warriors Educate about Rescue (WEAR.)

They were called immediately after Nubby’s birth to see if anything could be done for him – he had no front legs, just two short nub-like growths. It’s a congenital defect and the cause is unknown.

Robinson and Bowlin took Nubby in on the day he was born. A primary care veterinarian recommended going to BluePearl, which provides emergency and specialty veterinary care.

“He was having trouble keeping food down and then developed a pretty severe case of pneumonia,” Stone said. “He required oxygen and IV therapy.”

Nubby’s unusual body may have contributed to these problems, Stone said. “He was working against gravity because his front end was down so low,” he said. Unable to sit up straight on his own, he was likely aspirating his food – spewing bits of it into his respiratory system, causing the pneumonia.

After staying at the Spring hospital for several days after his birth, Nubby got well enough to be sent home with medication. Over the next several months, Stone carefully monitored Nubby’s respiratory health, his nutritional needs and the functioning of his esophagus.

Now Nubby is big enough and healthy enough that Robinson and Bowlin can focus on how best to help him get around, with the assistance of a cart or prosthesis. They consider that a work in progress, but are grateful that Nubby has come this far.

Stone said the entire BluePearl medical team fell in love with Nubby and worked tirelessly to give him care. But he also had high praise for Robinson and Bowlin.

“Honestly, at first glance, a lot of people were willing to give up on Nubby,” Stone said. “And thank goodness that these folks decided that they saw something more in him than everyone else did. He’s an amazing little guy and I think he has the opportunity to have a really good life.” 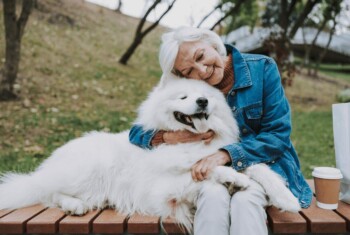 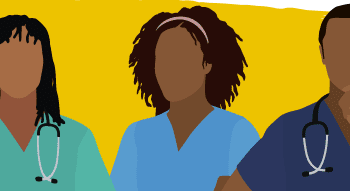