FAQs About GDV in Dogs

Simply defined as the twisting of a dog’s stomach, GDV is an emergency that can lead to long-term complications or even death if not treated quickly and properly.

Dr. John Gicking, a BluePearl veterinarian who is board-certified in emergency and critical care, answers the frequently asked questions about GDV in dogs.

Are GDV and bloat the same thing?

While GDV and bloat are often used interchangeably, the two terms are not exactly synonymous. GDV refers to the specific condition of the distention and subsequent twisting or flipping of a dog’s stomach, whereas bloat is a more general term than can describe the visible appearance of stomach distention. Bloat can be used to describe a dog with GDV, but it is not a medical term used to identify this specific condition.

What effects does GDV have on a dog’s body?

GDV prevents the outflow of fluid and food from the stomach. It can also cut off blood flow to the stomach and heart – which is what makes this condition so dangerous. Blood supply to the spleen can also be limited, causing damage to this organ too.

What are the signs of GDV?

Dogs affected by GDV may appear restless or just generally “off.” Owners may also notice unproductive retching, as if attempting to vomit with no result. Depending on the dog’s body type, sometimes distention, or “bloating,” in the abdomen is visible too.

What breeds of dogs are more prone to GDV?

While GDV can occur in virtually any dog breed, it is more common in deep-chested dogs. These include standard poodles, Great Danes, German Shepherd Dogs, Labrador retrievers and Labradoodles.

How is GDV diagnosed?

GDV is diagnosed by X-rays.

Is surgery the only treatment option?

Yes. GDV is treated by abdominal exploratory surgery. This surgical treatment involves untwisting the stomach and sewing it to the inside of the body wall. Depending on the severity and damage, part of the stomach and/or spleen may need to be removed. Typically, the surgeon will also assess for additional complications, such as signs of cancer in older pets. It is not unheard of for surgeons to find foreign bodies during this procedure too.

Some veterinarians may offer alternative solutions for GDV, such as deflating the stomach, however, these solutions are temporary measures and do not prevent the stomach from going back to a twisted or flipped position.

How is GDV prevented?

GDV is prevented by a surgery called prophylactic gastropexy. During this procedure, the stomach is sewn to the inside of the body wall. Prophylactic gastropexy can be performed by veterinary surgeons, or in many cases, primary veterinarians. Many owners who elect this procedure have it done at the time of spay or neuter. There is also a laparoscopic assisted option for this surgery in some cases, which allows for a minimally invasive prevention option.

There are no proven methods of dietary or lifestyle prevention of GDV. However, a general tip for a dog’s overall abdominal health is to not exercise immediately after eating a meal.

What is the prognosis?

Prognosis of GDV depends on when it is recognized and surgically treated. If caught and treated early, the prognosis can be quite good. However, the longer the wait time for surgery, the poorer the prognosis. Unfortunately, GDV can be deadly without timely treatment.

If you suspect your dog may have GDV, seek immediate veterinary attention from your primary veterinarian, if possible, or your closest 24/7 emergency pet hospital. 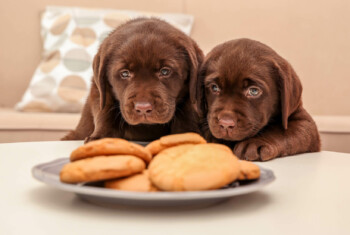 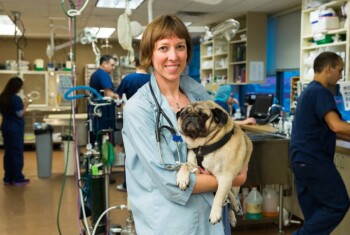 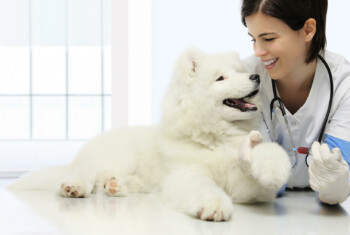