Around midnight on June 17, Rosemary Faulk was asleep in her Tennessee home when her pup, Prissy, began to bark; Prissy was alerting her of a house fire. Faulk quickly picked up Prissy and began to look for her two other pets, a dog named Max and a cat named Wiggles. Faulk continued to search until she saw fire coming through her door. She and Prissy then headed outside to safety, reluctantly leaving Max and Wiggles inside.

Shortly after exiting her home, there was a huge explosion, which later was discovered to be caused by a vehicle inside the garage. From this explosion, the fire grew, engulfing the entire house in flames. While the Rutherford County Fire Rescue (RCFR) crew was unable to save Faulk’s home, their speedy actions salvaged several meaningful things, including her beloved dog Max. Wiggles ultimately succumbed to the smoke.

Max was unconscious when rescued by RCFR.

They found him, started CPR, and then applied a pet rescue breathing mask,” said Faulk. Max was then taken to a local animal hospital to recover. “We weren’t sure if he would make it, but miraculously he did.”

While the most common people to perform CPR in pets is a veterinary professional, CPR is being used more frequently in the broader community. Emergency response teams, like RCFR, are often finding themselves in situations of applying CPR to animals. Recognizing this need, the RCFR unit scheduled expert trainings with BluePearl’s board-certified criticalist, Kristen Datte, DVM, MS, DACVECC, to learn how to apply these skills to pets in need.

The huge importance of CPR training extends past human use and into our pet population. Just like in human CPR, quick thinking and performing resuscitation efforts can save the lives of pets,” remarked Dr. Datte. “While we all hope that these skills are not often needed, this skilled group of rescuers successfully applied their knowledge to this pet. Rutherford County is lucky to have such dedicated rescuers of both the human and the pet population.”

Thanks to the swift actions of the RCFR and BluePearl CPR trainings, Max is alive and doing well.

We have a saying in the fire service that ‘training saves lives,’” said RCFR Fire Chief Larry Farley. “This is not limited to human life,” he continued. “Partnering with Dr. Datte to learn proper techniques for pet CPR allowed us to place another important life-saving tool into our toolbox. Pet owners view their animals as family members and many of us at RCFR are animal lovers as well. We are proud to be equipped with the knowledge and tools that can enable us to potentially save someone’s fur-family member and increase the probability for positive outcomes like Rosemary’s.”

Faulk is appreciative of the superb job these firefighters did in saving several of her home’s items and her sweet Max.

I was so proud of their compassion toward me and Max. They truly went above and beyond their call of duty,” she said.

How a CPR Course Changed One Dog’s Fate 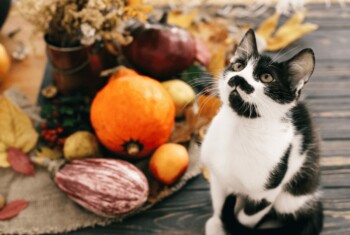 Articles October 15, 2019
Halloween can be Scary for Pets! 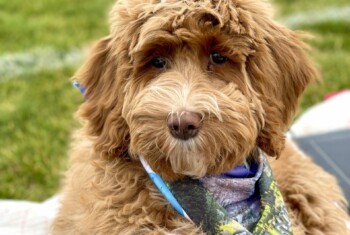