IBD can be a gut-busting situation for both your veterinary patients and their owners. Here’s the latest on diagnosing and controlling the condition.

Inflammatory bowel disease (IBD) is a complex inflammatory gastrointestinal (GI) disease that is currently understood to result from disturbed interactions among the local immune system, the GI microbiota and environmental factors such as food components. There may be disturbances in the GI microbiome (termed dysbiosis) while a loss of tolerance results in an excessive and inappropriate inflammatory response.

The following diagnostic criteria for IBD have been proposed by the World Small Animal Veterinary Association:

It is important to note that histopathologic changes alone are not adequate to make a diagnosis of IBD. The GI tract has a limited number of stereotypical ways in which it can respond to an insult. Therefore, the practitioner must rule out underlying causes.

Mild cases of IBD may be managed by modifying the immune stimulus — in other words, by altering the diet or manipulating the GI microflora. More severe cases may require the use of immunomodulatory (primarily immunosuppressive) drugs.

Hydrolyzed diets are generally preferred for the management of chronic enteropathy, either for primary management of food-responsive enteropathy or as an adjunct to the treatment of immunosuppressant-responsive enteropathy. Novel protein diets may be more palatable to some patients, but one study has shown them to be less effective than hydrolyzed diets. For a subset of patients with protein-losing enteropathy, a low-fat diet may be preferred; this is likely because secondary intestinal lymphangiectasia results in significant fat malabsorption.

In the past, a syndrome of small intestinal bacterial overgrowth has been described. It is now recognized that while the characteristics of the GI microbiome are central to the pathogenesis of chronic enteropathy, only in very specific circumstances (e.g., partial obstruction, exocrine pancreatic insufficiency), does a quantitative bacterial overgrowth occur. There may, however, be qualitative changes in the microbiota or in the host response to it — a form of dysbiosis.

One specific indication for the use of antibiotics in canine GI disease is for treatment of granulomatous colitis (histiocytic ulcerative colitis) in boxers and French bulldogs. Enrofloxacin (10 mg/kg once daily) has been found to be effective for management of the disease, which is caused by an excessive response to a specific strain of Escherichia coli. However, given the potential for antibiotic resistance, empiric administration of enrofloxacin without histopathology and culture is not recommended.

Prednisone/prednisolone. Corticosteroids are the mainstay of treatment for canine and feline IBD. These drugs are usually prescribed at a starting dose of 1 mg/kg twice daily, gradually tapering to the lowest effective dose according to the patient’s clinical signs. Prednisone is a prodrug of prednisolone, with the liver metabolizing prednisone to prednisolone via a glucuronidation pathway. This glucuronidation pathway may be less active in cats, so there could be an advantage to administering prednisolone in feline patients.

Budesonide still has the potential to suppress the hypothalamic-pituitary-adrenal axis and cause cushingoid signs. Moreover, the commercially available human drug is an enterically coated preparation intended to deliver the active drug to the ileum and colon. This effect is lost when the drug is compounded, although targeted delivery to the lower GI tract may be undesirable or unneeded in dogs and cats, where disease is generally more diffusely distributed. Budesonide is generally administered at 1 to 3 mg by mouth once daily.

Azathioprine. Azathioprine is a purine analogue that blocks DNA and RNA production. It has been used widely as an adjunctive immunosuppressive agent for treating canine IBD, usually in combination with prednisone. Efficacy studies are lacking, but anecdotally benefits seem to be limited. It is usually dosed at 2 mg/kg daily for 2 weeks then tapered to 2 mg/kg every other day to limit the potential for myelotoxicity. Azathioprine is not used in cats because they are unable to metabolize the drug effectively and are very sensitive to its toxic effects.

Chlorambucil. Chlorambucil is an alkylating agent with immunosuppressive properties. One limited study showed chlorambucil in combination with corticosteroids to be more effective than azathioprine with corticosteroids for managing canine protein-losing enteropathy. However, there are no studies comparing chlorambucil with cyclosporine. In dogs, a dose of 4 to 6 mg/m2daily is used. In cats, chlorambucil can be dosed at 2 mg per cat every two to three days. Side effects include myelosuppression, and serial monitoring of complete blood cell counts is necessary.

Sulfasalazine. Sulfasalazine may be useful in some patients with colitis. Almost 90% of the drug is delivered intact to the colon where it is split by bacteria into sulfapyridine and the active metabolite mesalazine (an aminosalicylate). It is dosed at 20 to 50 mg/kg two to three times daily in dogs and 10 to 20 mg/kg once daily in cats, which are generally more sensitive to salicylates. Caution is needed in patients that are sensitive to sulfa drugs and monitoring for keratoconjunctivitis sicca should be performed.

The following drugs may be indicated to manage specific complications of IBD or as adjunctive treatments to help manage clinical signs.

Cobalamin. GI malabsorption may result in cobalamin deficiency. Although serum hypocobalaminemia may not always be predictive of clinical vitamin B12 deficiency, supplementation is indicated when a low or low-normal serum cobalamin level is documented. Vitamin B12 is usually replaced by subcutaneous injection, with the most common protocol being six weekly injections followed by monthly treatment (250-μg dose for cats and dogs weighing less than 5 kg, 500-μg dose for those weighing 5-15 kg, and 1-mg dose for those over 15 kg).

Recent studies have shown that oral supplementation may also be adequate using the weekly injectable dose as a once-daily oral dose.

Antithrombotic drugs. Patients with protein-losing enteropathy are at risk for thromboembolic complications. Aspirin (0.5 mg/kg once daily) or clopidogrel (1 mg/kg once daily) may be used until the serum albumin level is normalized.

Calcitriol. Protein-losing enteropathy in dogs may be associated with malabsorption of vitamin D leading to hypocalcemia. Tetany is sometimes the primary presenting complaint for patients ultimately diagnosed with protein-losing enteropathy. Independent of neuromuscular function, adequate levels of vitamin D are necessary for normal function of the immune system, and hypovitaminosis D could lead to failure to respond to treatment for IBD.

Probiotics. Increasing recognition of interactions between the host and the GI microbiome has led to an interest in harnessing probiotics or prebiotics to modify these interactions and modulate the inflammatory response. Although this approach is rational, practical implementation has been limited by a lack of knowledge regarding which strains of bacteria should be given, in what quantity and how to ensure effective delivery to the relevant segments of the GI tract.

A recent study did show a benefit of one strain (Visbiome—ExeGi Pharma) as sole treatment for dogs with chronic enteropathy. There has also been increasing interest in the role of fecal microbiota transplantation.

This article also appeared on the DVM360 website in December 2019. 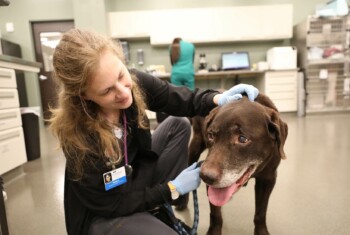 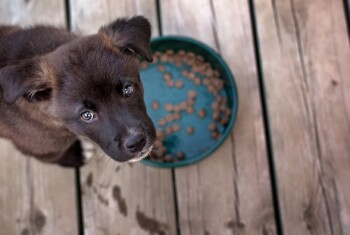 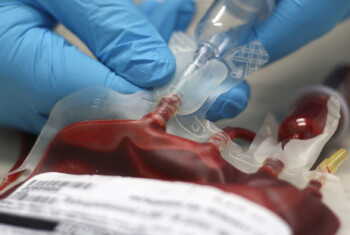 Medical Library for DVMs May 12, 2022
Heroes Needed at Our Blood Banks