Grain-Free Diets for Dogs and Dilated Cardiomyopathy: What’s the Connection?

In the past 6-12 months, the number of clients and referring veterinarians asking questions regarding the link between certain diets and heart disease in dogs has increased dramatically.

Recently, there has been an apparent association noted between dogs on boutique, exotic, and grain-free diets (BEG diets) and dilated cardiomyopathy (DCM). Vegetarian, vegan and home-cooked diets also seem to be linked with DCM. While the exact cause is unknown, the association has been seen in cases around the country and has caused significant alarm among pet owners, primary care veterinarians, cardiologists and nutritionists.

BEG diets appear to be very popular with many owners looking to feed their pets a high-quality food. Some owners feed

these diets at the recommendation of their breeder or primary care veterinarian. Many have been surprised and concerned when they learn of the association between certain diets and heart disease in their pets.

Dilated cardiomyopathy is one of the two most common types of acquired canine heart disease. It’s most commonly seen in large breed dogs such as Dobermans, boxers, and Great Danes.

Some smaller breeds are also affected by DCM (cocker spaniels), and cats are occasionally diagnosed with the condition as well.

Importantly, the most common acquired heart disease in dogs, degenerative valve disease, has not been associated with these diets. Nutritional deficiency should be considered an unlikely factor in an older small-breed dog with a loud heart murmur and left-sided cardiomegaly. 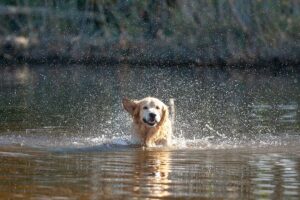 The recent cases of diet-associated cardiomyopathy were first reported in a group of golden retrievers. It has since been noted in many breeds, including those that commonly have genetic DCM (Dobermans, for example) as well as breeds in which DCM is unusual (small dogs).

There are ongoing studies by veterinary nutritionists as well as cardiologists, and cases are continuing to be collected to gain more information. Additionally, the U.S. Food and Drug Administration announced in July 2018 that the FDA’s Center for Veterinary Medicine (CVM) and the Veterinary Laboratory Investigation and Response Network, a collaboration of government and veterinary diagnostic laboratories, are investigating this potential association.

If you have a patient diagnosed with DCM that is eating a BEG, vegetarian, vegan or home-made diet:

The same relationship between BEG diets and DCM has not been recognized in cats as of yet, but the same recommendations would apply to feline patients.

Reporting Cases of Diet-Associated DCM to the FDA

The FDA requests that cases of diet-associated DCM be reported. In order to do this, the owners should save samples of the food (main food, treats, chews, and supplements) as well as product bags or labels. The veterinarian or owner should

report the case to the FDA online or via phone. If the patient is a golden retriever, the case can also be reported to the Josh Stern Cardiac Genetics Lab.

For more complete information regarding diet-associated DCM in dogs, please refer to the Commentary in the Dec 1, 2018 issue of JAVMA by Freeman et. al. “Diet-associated dilated cardiomyopathy in dogs: what do we know?”

If you have a patient eating a BEG diet and you or the owner are concerned about the possibility of cardiomyopathy, contact a BluePearl cardiologist near you for a screening echocardiogram to determine if any treatment is required.