GDV and Stomach Bloat in Dogs: Signs, Treatment and Prognosis

Stomach bloat, also known as gastric dilatation and volvulus (GDV), is a condition in which a dog’s stomach becomes distended with gas. In some cases the stomach is distended with fluid or food.

Another event that occurs is occlusion of the main vein (vena cava) leading from the back half of the body to the heart and resultant shock. Shock, a condition in which inadequate perfusion of the body with blood, is fatal if not treated. A number of breeds are commonly affected by stomach bloat. About 50% of all Great Danes will bloat during their lifetime.

About 1 in 5 Irish wolfhounds will bloat in their lifetime. Other susceptible breeds include standard poodles, bloodhounds, Akitas, Irish setters, German shepherds, dachshunds, and Labrador retrievers. Females and males are equally affected.

Clinical signs of bloat include:

The diagnosis of bloat is confirmed with abdominal x-rays.

Initially, intravenous fluids are administered to help reverse shock. Next, the patient is anesthetized and a tube is passed from the mouth to the stomach to relieve gas and fluid buildup. The stomach is then rinsed with water to remove ingested food.

Following these pre-op procedures, the patient will be taken to surgery where the stomach is untwisted. Here, the stomach is tacked to the right side of the body wall (called gastropexy) to prevent the stomach from twisting again. Sometimes a portion of the stomach has died (necrosed) and needs to be removed. If too much of the  stomach is dead, euthanasia may be recommended. If the spleen has developed blood clots, it will be removed.

After surgery, the patient is carefully monitored in the intensive care unit. Intravenous fluid therapy is continued after surgery. In some cases, artificial plasma (Hetastarch), plasma and blood transfusions may be needed. Pain is controlled after surgery with a variety of medications. Blood pressure, EKG and other vital signs are closely monitored.

Preventative surgery can be performed to minimize the risk of bloat in high-risk patients such as Great Danes, German Shepherds, 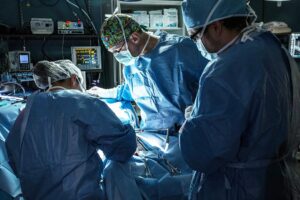 This surgery is done laparoscopically via two small incisions and the aid of a telescopic camera. The surgery can be done as early as six months of age (at the time of neutering). This procedure has minimal morbidity, less anesthesia  and surgery time, short hospital stay (done as an outpatient surgery), and is less expensive than treating bloat. 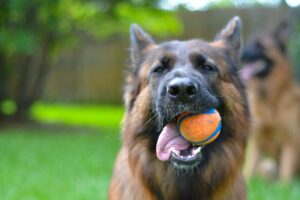 If treated early, about 90 to 95% of the dogs having surgery to treat bloat will survive. If a portion of the stomach is found to be dead at the time of surgery, the survival rate decreases to 50%.

Patients that have bloated are predisposed to abnormal heartbeats that if left untreated uncommonly may result in death. Disseminated intravascular coagulation uncommonly occurs and results in dysfunction of multiple internal organs, bleeding disorder and commonly death.

Medication may be administered to improve the stomach motility, but this will be effective in only about 50% of patients. 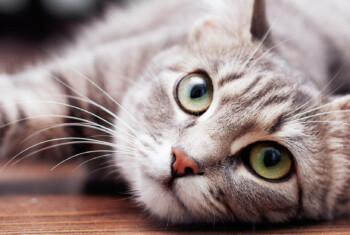 Medical Articles for Pet Owners May 5, 2018
Cholangiohepatitis in Cats 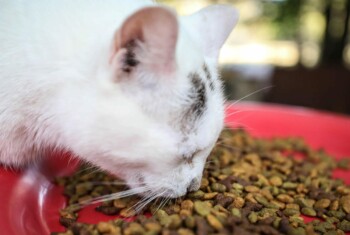 Medical Articles for Pet Owners July 23, 2017
What Is Tooth Resorption in Cats?