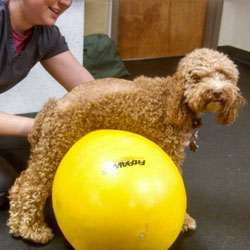 Meet Quasi, who was given a 50/50 chance that he’d ever walk again after he ruptured a disc in his back. His owner, Rita, opted for surgery (hemilaminectomy) at Georgia Veterinary Specialists for Quasi, then brought the four-year-old Cockapoo to BluePearl’s GVR two days after his release from GVS.

Immediately after surgery, Quasi was paralyzed in both hind legs and did not show a deep pain response. When he came to GVR eight days after surgery, he showed some improvement, but not much. He was incontinent and although he showed some deep pain response, he demonstrated no voluntary movement in his left hind leg, and only minimal voluntary movement in his right hind leg. He was unable to stand when placed, and could not walk at all.

The Long Journey to Walking

Rita elected to enroll Quasi in an intensive rehab program in which he spent every day, Monday through Friday, at GVR receiving treatments. Laser and acupuncture helped with pain and healing; in addition, the little dog completed two 15-minute land sessions and one hydrotherapy session every day.

By week two, he was beginning to walk a little on his own, and he continued to make progress. After five weeks, he was continent and walking- even trotting- around the clinic all by himself. Quasi then entered the strengthening phase of rehab, with regular acupuncture still being performed.

Rita was thrilled with his progress, explaining, “When Dr. Orenbuch sent me the video of his first steps, I cried tears of absolute joy. Quasi has been trying and working so hard, he deserves the reward of movement. Today, he is functionally independent, exercising and taking 15 minute walks every day- continuously showing improvement. His personality now shines through again, which signals to me he is feeling much better as well.” 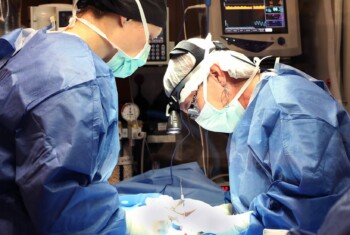 Stories from the Heart February 11, 2020
Finding Comfort in the Face of Cancer 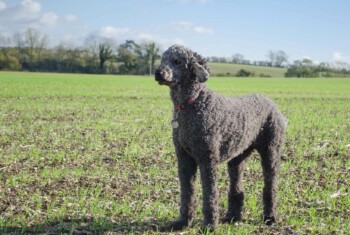 Stories from the Heart December 31, 2020
Kindness In Her Final Hour 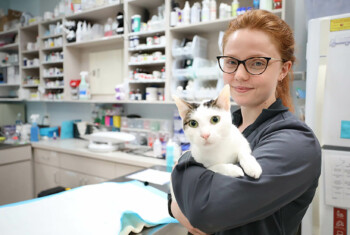 Stories from the Heart August 17, 2020
Professional and Compassionate Care