Get to Know Our Leaders

Learn more about the professional and personal lives of the executive team and Medical Operations Advisory Board at BluePearl.

Bringing a diverse array of experiences, our leadership team has helped BluePearl become the fastest-growing network of specialty and emergency animal hospitals in the country.

Nick brings to BluePearl over 25 years of experience in the veterinary industry. He began his career as a veterinarian in Washington where he helped build a thriving 24-hour multidisciplinary practice.

He has also worked as a Regional Medical Director for VCA in the Pacific Northwest and at Pet Partners as Chief Medical Officer and President.

Of all of his accomplishments to date, his proudest remains his son, Thomas.

He was a staff criticalist at Florida Veterinary Specialists (BluePearl’s original hospital), then left to teach at Texas A&M University in 2009. He returned to BluePearl in 2017 to serve as a Group Medical Director before becoming our Chief Medical Officer.

In his role, Da focuses on the operations function across our hospitals and supporting BluePearl’s organizational goals.

Da’s prior experience in the medical field includes his roles as VP of Operations and Chief Operating Officer of Advanced Dermatology as well as his positions at Sea Lane Biotechnologies, Maine Center for Lipids and Cardiovascular Health and Health Dialog.

Da earned his undergraduate degree at Harvard University, followed by a Master of Business Administration at the University of Florida. He is a dynamic leader who earns trust and builds relationships via transparency, communication and teamwork along with his data-driven approach to operational leadership.

Joo lives in Tampa with her husband, two children and a long-haired cat named Grumpies.

Pauline joined BluePearl in 2020 and served as the Director of IT before becoming our CIO. She is responsible for BluePearl’s technology strategy and managing overall IT operations.

Pauline holds a bachelor’s degree in cognitive science with an emphasis in computer science from the University of California, Berkeley. She then went on to complete her Doctor of Veterinary Medicine from Massey University.

Prior to joining BluePearl, Pauline worked for organizations including IBM, the Walt Disney Company and Banfield Pet Hospital.

Pauline lives in Tampa with her daughter and their two dogs, Riot and Eleanor.

As BluePearl’s CFO, Gumer is responsible for the financial function of our hospitals and support teams.

Before joining BluePearl, Gumer worked at Yum! Brands, where he served in several senior roles, including Global Director of Finance for KFC to his most recent position as Chief Financial Officer and Head of Supply Chain for KFC Latin America & Caribbean. He began his career in management consulting before moving into finance.

Stan oversees BluePearl’s legal matters and strategy. He holds a bachelor’s degree from Lamar University and graduated from Thomas Jefferson School of Law.

Stan’s prior in-house legal experience includes over 12 years in the pet industry and extensive knowledge of general corporate legal and business issues.

Stan and his wife are proud owners of their chocolate lab, Kendall.

Steve directs communications strategy and corporate affairs for the organization. He oversees the communications team and leads their efforts to develop strong relationships internally and externally.

He holds a bachelor’s degree from Penn State University.

Jeff and his wife live in Tampa, FL with their three children and one furry family member.

“It’s a great privilege to work with some of the brightest minds and biggest hearts in the profession. Their dedication to providing remarkable care for pets is inspiring.” – Jimmy Barr

A BluePearl Associate for ten years, Martha is an ER clinician in the Nashville, TN market.

She is both an ER Medical Director and the Co-Director of the internship program, providing her leadership expertise for over seven years.

Lauren joined BluePearl in 2011 and works in our Michigan hospitals. She is board-certified in internal medicine. She completed her residency in internal medicine at Animal Medical Center in New York City and her internship in small animal medicine and surgery at Veterinary Referral and Emergency Center in Norwalk, Connecticut. She earned her DVM from The Ohio State University in Columbus.

When she’s not working, Lauren enjoys reading, cooking, horseback riding and hanging out with her husband, son, two cats named Cody and Clancy, and her Jack Russell terrier named Tucker.

Mark is one of the founding partners of Georgia Veterinary Specialists, which merged with BluePearl in 2010. He served on the BluePearl board of directors from 2010 to 2015. He is currently a Regional Vice President of Medicine for the Southeast region.

Mark loves spending time with his family and his dog, Odin. He also enjoys traveling, snow skiing, spending time at the beach, sampling restaurants around Atlanta and weight training.

Joshua has been with BluePearl for ten years and is a Medical Oncologist at our Queens, NY hospital. He has also served as Medical Director for two hospitals in New York and New Jersey and recently graduated from an accelerated leadership training course through MARS Vet Health.

Erick has been with BluePearl and its predecessor, Florida Veterinary Specialists, since 1997.

Erick earned his undergraduate degree from Stanford University and his DVM from Tuskegee University in Alabama. Board-certified in veterinary internal medicine, Erick completed his residency and his internship at the University of Tennessee in Knoxville.

Erick enjoys spending time with his family and Bosco, the family cat.

Dr. Andrea Monnig is Board Certified in Emergency and Critical Care. She began working as a staff Criticalist in Franklin, TN in June 2015 until she assumed her current role as the Director of Clinical Development in June 2019. In this role, Dr. Monnig oversees all of the House Officer Programs.

Anthony is a Co-Medical Director at Pittsburgh Veterinary Specialty and Emergency Center (PVSEC), which became a BluePearl hospital in 2017.

He continues to work as a veterinary surgeon at PVSEC in addition to his duties as an adjunct assistant professor of orthopedic surgery at the University of Pittsburgh.

In his spare time, Anthony enjoys the outdoors, fly fishing, biking and is an avid bowler. 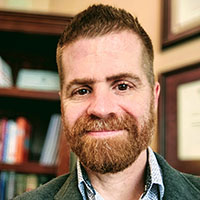 Richard joined BluePearl in 2011 as an internal medicine specialist in Houston, TX. He practiced medicine and served as hospital medical director until 2018, when he took on the role of group medical director. He has also led BluePearl’s biosecurity and infection control committee for several years. In 2019 Richard became the vice president of medicine for BluePearl’s central region, supporting over 30 hospital teams from Texas to Michigan. He is now BluePearl’s Vice President of Medicine, ensuring regional and local medical leaders across the country can deliver on our promise of remarkable care.

He completed his veterinary training and internship at Texas A&M University and completed an internal medicine residency at The University of Georgia.

When not working, Richard enjoys spending time with his wife and 3 children, along with their many pets.