Microbes in water can cause deadly infections in pets

Over the past several weeks, there have been numerous official warnings about local waters showing high levels of dangerous microbes. These warnings have included Enterococcus, blue-green algae, red tide,  and a bacterium called Burkholderia pseudomallei (B. Pseudomallei), which can cause an illness called melioidosis. In fact, this month, the CDC announced that the bacterium B. pseudomallei had been found in soil and water samples along the Gulf Coast of Mississippi, and it issued a health alert to physicians nationwide to be on the lookout for symptoms of melioidosis, including cough, fever and chest pain, disorientation, pneumonia-like illness and seizures.

As these public warnings are cast nationally, veterinarians at BluePearl Specialty and Emergency Pet Hospital are issuing their own warnings for pet owners. Here’s what pet owners should know when heading out to beaches, lakes, rivers, and other waterways this summer.

Melioidosis is primarily a tropical disease, commonly occurring in Southeastern Asia and Northern Australia. However, in recent years, there have been numerous cases of canine melioidosis found in North America. The cause? Experts have pointed to increases in international travel and international dog rescue operations and anticipate this trend to continue in the coming years.

The bacterium B. pseudomallei that causes melioidosis is commonly found in soil and water and is deposited through the feces, urine, or wound drainage of infected animals. Animals can acquire melioidosis in several ways, including ingestion of contaminated water or soil, inhalation of contaminated dust or water droplets (common in periods of high wind and/or after heavy rainfall), and by some fleas and mosquitos.

While some infected dogs may not show any signs of illness, other dogs may develop:

If you believe your dog has become infected, assume that any fluids including feces, urine, and nasal or wound secretions, are infectious, use disinfectants and wear gloves while handling your pet, and immediately contact your veterinarian.

Enterococci bacteria live in the intestinal tracts of warm-blooded animals, including humans and animals. Waterways can become contaminated through leaking septic systems, storm water runoff, domestic animal/wildlife waste, runoff from manure storage areas, pastures, rangelands, and feedlots, and more. While enterococci is not known to cause illness, the presence of enterococci may indicate the presence of other disease-causing bacteria, viruses, and protozoa. Thus, people and pets swimming or playing in waters with bacteria levels higher than the standards have an increased risk of developing gastrointestinal illness or skin infections.

Signs of an enterococcus infection in dogs include:

Bring your dog to a veterinarian if you believe they have been exposed to enterococci and/or they are exhibiting signs of illness. Because the bacteria is often resistant to antibiotics, a veterinarian will perform an antibiotic susceptibility test to determine what medications are effective.

Several dogs have recently become ill after exposure to blue-green algae. Blue-green algae is a type of bacteria called cyanobacteria, which when in high concentrations, can cause illness in both people and pets.

There are two dangerous algae toxins to look out for; one algae toxin can cause liver failure in pets, and another can cause neurological toxicity, which tends to happen right away. Pets who are exposed to the algae that produces neurotoxins can instantly fall ill. This toxin can paralyze pets’ breathing muscles, causing the pet to die from asphyxiation. However, dogs exposed to the algae toxin that leads to liver failure will only begin to show symptoms a day or two after coming into contact with it.

If your dog swam in a pond or lake with cyanobacteria, thoroughly rinse the dog with clean, fresh water (including around eyes and in ears) and contact your veterinarian.

Red Tide, or Karenia brevis (K. brevis), is a microscopic algal that needs high salinity (e.g., salt water) to survive. K. brevis produces a neurogenic toxin that effects the central nervous systems of fish and other vertebrates, causing death. When the K. brevis organisms get damaged by the ocean’s waves, they are expelled into the air, which can cause respiratory issues in both people and pets.

Interestingly, waves and the associated foam which accumulates at the shorelines contain higher toxin concentrations of K. brevis than the water itself. During or after a red tide, it is important to not allow pets to play with dead fish or foam. If ingested, the K. brevis in a dead fish or foam can cause neurological, gastrointestinal, or respiratory damage resulting in seizures, vomiting and diarrhea, and/or coughing wheezing.

If pets swim during red tide, it is important to wash them immediately once returning to land due to the possibility of them cleaning themselves and ingesting the toxin. If you think your pet has potentially been exposed to K. brevis, immediately seek veterinary care.

Most BluePearl hospitals are open day and night, seven-days-a-week, and during holidays. Find a local BluePearl here. 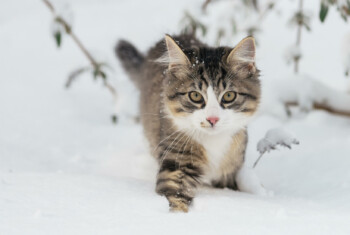 Articles December 30, 2018
How to Protect Your Pets in the Cold 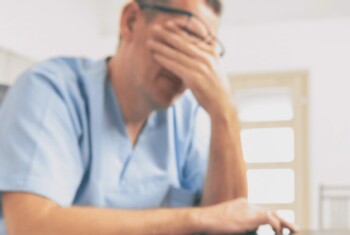